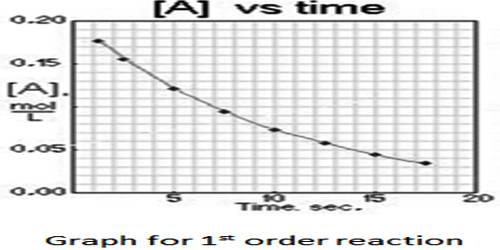 The molecularity is the number of particles (molecules, atoms or ions) on the reactant side of an elementary reaction. We do not talk of molecularity of a net or overall reaction. Molecularity is not related to the stoichiometric equation of a reaction.

A unimolecular reaction is an elementary reaction that involves one reactant particle.

A bimolecular reaction is an elementary reaction which involves two reactant particles.

Bimolecular reactions are the most common. An elementary reaction that involves three reactant species, i.e., tarmolecular reaction, is less common as the possibility of three particles colliding together in proper orientation is small. 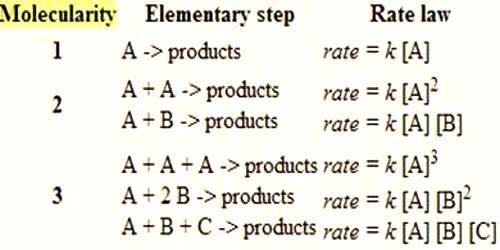 Molecularity more than three is nonexistent as the possibility of four particles coming together at the same time is almost nil.

It has been pointed out earlier that the order of a reaction has to be found out from experimental data on the dependence of the rate of the reaction on the concentration of the reactant(s), but its mechanism, including the molecularity of each step, is a matter of speculation. It has also been stated that a reaction takes place in a number of steps. The rate of the overall reaction is often determined by the rate of the slowest step which acts as the ‘bottleneck’ for the reaction. The slowest step in a mechanism is called the rate-determining step.