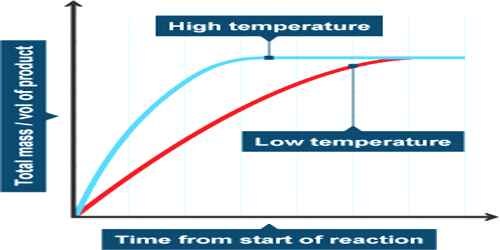 We know that, the rate of a reaction is affected by temperature. Increasing the temperature increases reaction rates because of the disproportionately large increase in the number of high energy collisions. It is only these collisions which result in a reaction.

Taking the natural logarithm of both side of equation (1) one obtains,

Equation (3) is in the form of an equation of a straight line, y = mx + c, in which one variable y is log k and the other x is 1/T. If log k is plotted against 1/T one obtains a straight line with the slope = — Ea/2.303R. The activation energy Ea can be calculated from the value of the slope. The intercept is log A from which the frequency factor A may be calculated.

Some data for the decomposition of N2O5 at various temperatures are given in Table.

Table: Rate constants for decomposition of N2O5 at different temperatures- 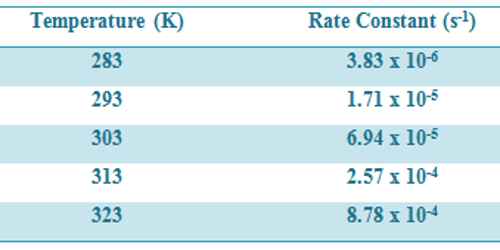