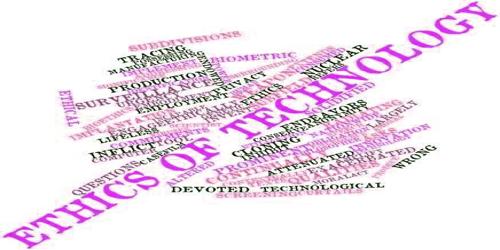 Criminal actions accomplished through the use of a computer system, especially with intent to defraud, destroy or make unauthorized use of computer system resources.

Computer Crime includes suggestions for increasing the security and reliability of personal computers, as well as links to websites on computer viruses, computer crime, and anti-virus and firewall software.

Computer Ethics: Ethics is a set of moral principles that govern the behavior of a group or individual. Therefore, computer ethics is a set of moral principles that regulate the use of computers. Some common issues of computer ethics include intellectual property rights (such as copyrighted electronic content), privacy concerns, and how computers affect society. Computer Ethics is a concept in ethics that addresses the ethical issues and constraints that arise from the use of computers, and how they can be mitigated or prevented.

For example, while it is easy to duplicate copyrighted electronic (or digital) content, computer ethics would suggest that it is wrong to do so without the author’s approval. And while it may be possible to access someone’s personal information OR a computer system, computer ethics would advise that such an action is unethical. As technology advances, computers continue to have a greater impact on society. Therefore, computer ethics promotes the discussion of how much influence computers should have in areas such as artificial intelligence and human communication. As the world of computers evolves, computer ethics continues to create ethical standards that address new issues raised by new technologies.

Elements of Directing in Business Management