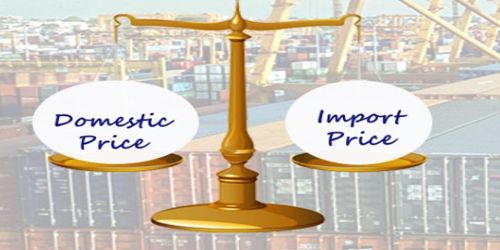 Duties that are imposed in order to counter the harmful impact of import subsidies to protect domestic producers are called countervailing duties. They are tariffs levied on imported goods to offset subsidies made to producers of these goods in the exporting country. It is an import tax imposed on certain goods in order to prevent dumping or counter export subsidies. Where any country or territory pays, bestows, directly or indirectly, any subsidy upon the manufacture or production therein or the exportation therefore of any goods including any subsidy on transportation at sock goods, then, upon the importation of any such goods into Developing countries like, Bangladesh, whether the same is imported directly from the country of manufacture, production or otherwise, and whether it is imported in the same condition as when exported from the country of manufacture. These duties can be imposed under the specifications given by the WTO (World Trade Organization) after the investigation finds that exporters are engaged in dumping. These are also known as anti-dumping duties.

National Board of Revenue (NBR)

Duties and Responsibilities of VAT Assessee