Home Business Set off and Carry forward of Unabsorbed Depreciation 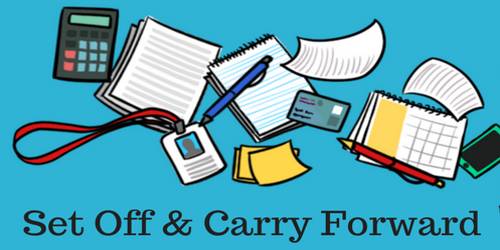 Set off losses: Losses of one head of income are allowed to set off against the income from other heads. But the rule for such setting off of losses is not common for all types of assesses and business.

Carry forward of losses: Losses which cannot be set off in the year of loss can be carried forward for set off in the subsequent years to some terms and conditions.

Set off and carry forward of unabsorbed depreciation:

According to the ITO, 1984, it is not possible to charge allowable depreciation allowance against income if it results in the loss of a business or profession. But such allowance can be charged against income until the result is not a loss.

That portion of allowable depreciation which is not possible to charge against income is known as unabsorbed depreciation.

Followings are the key points that explain features of unabsorbed depreciation: