For a particular characteristic if two genes are identical the genotype of those to genes is called homozygous. When an individual has two of the same allele, whether dominant or recessive, they are homozygous. Heterozygous means having one each of two different alleles.

Explanations: If we consider “T” for tallness and “t” for dwarfness their homozygous genotype will be “TT” for tall plant and a “tt” for dwarf plant.

Keep in mind that an organism can’t simply be ‘homozygous,’ period. For each of the organism’s thousands of genes, it is either homozygous or heterozygous at that genetic locus. 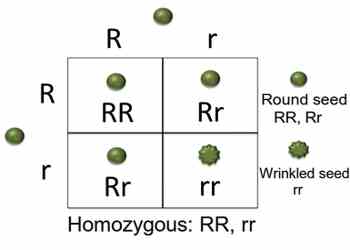 Define and Describe on Recessive Characteristics

Define and Describe on Heterozygous