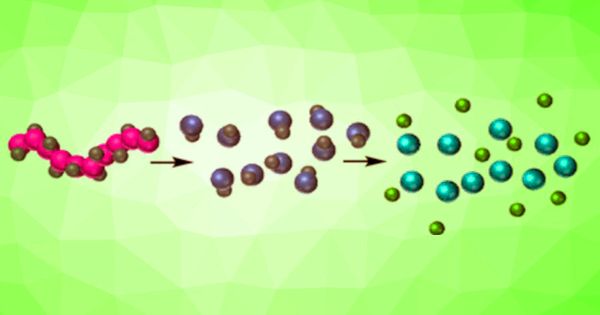 Degradable, bio-based polymers provide chemical recycling solutions and can be a vehicle for preserving and releasing valuable molecules. Scientists have developed a class of sugar-based polymers that can be degraded by acid hydrolysis. Researchers have also incorporated “cargo” molecules in the polymer, which are intended to be removed during polymer degradation. Degradable, load-bearing polymers are essential for medical and sensor applications.

Some plastics are immune to natural degradation processes. As a result, the growing pollution of the atmosphere with plastics has led to a call for degradable plastics. These materials can be exposed to chemical recycling processes in which chemical reactions break up polymer bonds. Industry either extracts the monomers and re-subjects them to polymerization or gathers the resultant small molecules as valuable building blocks for further reactions.

Scientists have developed a class of sugar-based polymers that are degradable through acid hydrolysis. Degradable, cargo-bearing polymers are important for medical and sensor applications.

Degradable polymers, however, require a more elaborate polymer design. Connections between the polymer building blocks should be susceptible to chemical or enzymatic treatments. In addition, bio-based feedstocks can be made of recycled polymers.

Tae-Lim Choi and colleagues from Seoul National University, South Korea, have discovered a way to manufacture high-quality polymers made from xylose monomers. Xylose is a sugar present in the walls of the plant cells. The system they use includes the preparation of xylose-based monomers, including the addition of linker groups, and the reaction of monomers in a polymerization mechanism called cascade metathesis polymerization. 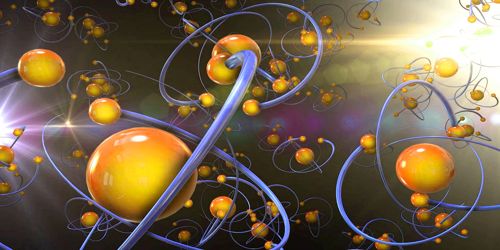 In order to assess if such plastic products are degradable, the researchers treated xylose-based polymers with hydrochloric acid, a procedure typically used in chemical recycling processes. The researchers observed that degradability depended on the type of linkage. If the polymer had a bond made of a carbon atom, the polymer was resistant to hydrolysis, but the linkages made of nitrogen or oxygen atoms contributed to immediate degradation.

Polymers with a nitrogen-based attachment resulted in compounds called pyrols, whereas those made with oxygen created furans. Pyrroles and furans are also abundant and naturally occurring compounds. However, the researchers advise: “Furan derivatives are known to have a broad range of biological activity, which should be taken into consideration when identifying applications for these polymeric materials,” they said.

In copolymer blocks, separate “blocks” of shorter polymer strands are bound to each other. As a consequence, block copolymers have properties resulting from those of single blocks. As several functional materials can be generated with block copolymers, the authors checked if xylose-based block copolymers containing blocks with non-degradable bonds will also disintegrate with acid treatment. They did so. “After 24 h, also the carbon-linkage-containing block was almost completely degraded to small molecules, with only a little oligomeric material remaining,” the authors reported.

The researchers have incorporated small molecular reporters into the polymers. Acid hydrolysis of oxygen-linked polymers formed furan derivatives, which subsequently released para-nitrophenol as a reporter molecule. “This type of cargo enables easy quantification of release. However, it can be substituted with other compounds, which exert various functions after their release,” Choi says.