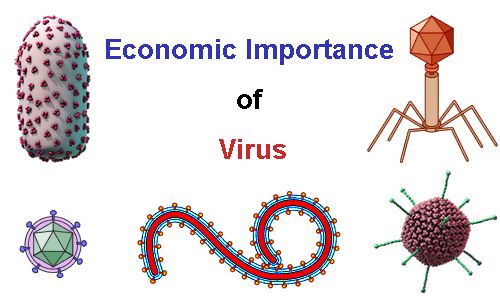 The word ‘virus’ is from the Latin word meaning “poisonous fluid” or “noxious liquids”. A virus is a small infectious agent that can reproduce only inside the living cells of animals and plants to microorganisms, including bacteria and archaea.

Viruses hold a taxonomic position and they are placed in their own kingdom. In fact, viruses should not be thought organisms, because they are not free-living; i.e., they cannot reproduce and bear on metabolic processes without a host cell.

The viruses have both Useful roles and Harmful roles

Definition of Virus in Botany