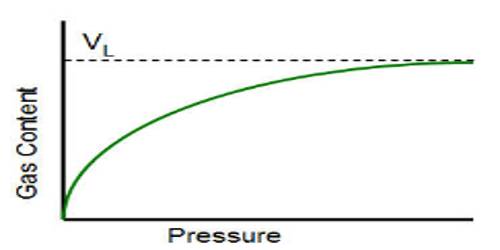 Deviations from Langmuir isotherm are quite common, particularly when the gas pressure is high. This deviation is thought to be due to the formation of a multimolecular layer on the surface. Such multimolecular lavers can be formed not only on the normal adsorption sites but also on the bottlenecks or capillaries in the adsorbent (Figure a). Langmuir assumption of uniform and the homogeneous surface is a highly idealized concept. In practice, surfaces are not homogeneous but there are peaks and cavities as shown in Figure-b.

The residual field of force on such inhomogeneous surface cannot be identical; moreover, the formation of the multimolecular layer is much favored in capillaries. These effects due to inhomogeneity are not usually observable at low pressures but they markedly alter the isotherms at relatively higher pressure.