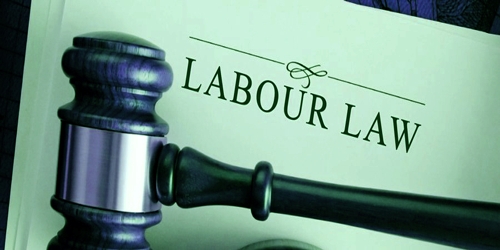 Different methods of Remuneration of Labor

Remuneration has been defined as the reward for labor and services rendered. All business organizations should have a proper method of remuneration for their employees. The remuneration for labor is wages. The workers put effort & get wages in exchange for that.

There are two basic methods of labor remuneration:

(a) Time Rate System; and

Under the time rate system, workers are paid according to the time for which they work. Payment may be on an hourly basis, daily basis or monthly basis. In this system, no consideration is given to the quantity or quality of work done. When payment is made on an hourly basis, total wages payable are calculated as follows:

Wages under this system are paid according to the quantity of work done. A rate is fixed per unit of production and wages are calculated by the following formula:

Wages = [Rate per unit x No. of units produced.]

Incentive Plans both time rate system and piece rate system have their merits and demerits. Incentive plans attempt to combine the good points of both the systems. Under this method, workers are paid in proportion to the work done by them. The rate is fixed per unit of output, per article, per commodity, etc. The primary purpose of an incentive plan is to induce a worker to produce more to earn a higher wage. Naturally, producing more in the same period of time should result in higher pay for the worker. Because of a greater number of units produced, it should also result in lower cost per unit for fixed factory cost and also for labor cost.

Various Incentive Plans Following is the list of many incentive plans being practiced by various organizations.

Below discuss some of the above-mentioned incentive plans in detail.

(a) Straight Piece Rate Method: The method rewards employees based on their output. A fixed rate of wage is paid for each unit produced, or a number of operations completed or job completed. The wages payable is calculated by multiplying the number of pieces produced by the wage rate. There is generally a guaranteed hourly ‘rate for workers who are unable to attain the standard in order to pay the minimum ‘day wages’.

(b) Flat Time Rate Method: This method is used for paying remuneration to employees based on their attendance. A fixed rate of wage is paid hourly, or daily, or weekly on the basis of time spent on the shop floor (i.e. production department) in production. The wages payable is calculated by multiplying the hours/days spent in production by the hourly/daily wage rate.

(c) Halsey Premium Bonus Plan (Halsey Plan and Halsey-Weir Plan): This plan was introduced by F.A. Halsey in 1891. It is a simple combination of time and piece rate systems. A worker is paid a guaranteed base rate and is rewarded when his performance-exceeds standard. A standard time is established in respect of each job or unit. The bonus is paid on the basis of 50% of the time saved.

(d) Rowan Premium Bonus Plan (Variable Sharing plan): A standard time is established in respect of each job or process. There is a guaranteed base rate. A bonus is paid on the basis of time saved computed as a proportion of the time taken which the time saved bears to the standard time. The total wages payable is calculated as under = (hourly rate x time taken) + (time saved x time taken) x hourly rate time allowed.

Classification of the Materials Cost Variance