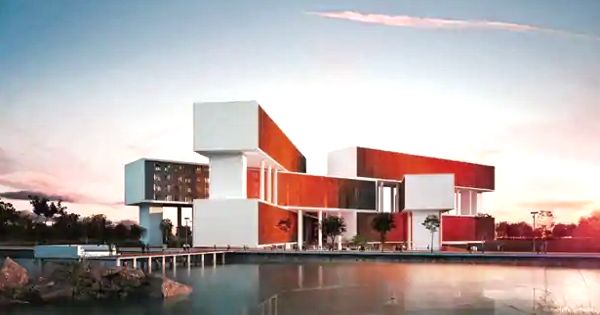 Digital morphogenesis is a type of generative art in which complex shape development, or morphogenesis, enabled by computation. Today within architecture, digital tools — from machine learning to fabrication technologies, from artificial intelligence to Big Data — are becoming more and more ubiquitous and pervasive, and quickly. Digital morphogenesis is a generative tool for the transformation of the design instead of working not only as a representational tool. In architecture, morphogenesis is understood as a group of methods that employ digital media not as representational tools for visualization but as generative tools for the derivation of form and its transformation often in an aspiration to express contextual processes in built form. In architecture, it helps to describe tools and methods in terms of finding forms and adapting them.

“The development process in digital morphogenesis gives rise to examine the detailed analysis of structures instead of sketching models of structures by hand.”

Morphogenesis is a concept used in a number of disciplines including biology, geology, crystallography, engineering, urban studies, art, and architecture. It is time to think about that architects start to examine not only what they are designing but also how they are designing. The development process in digital morphogenesis gives rise to examine the detailed analysis of structures instead of sketching models of structures by hand. Increased interest in the impact these technologies are having and will have, in our daily lives has rapidly expanded the use of these tools in architecture schools, small, independent firms and international, corporate practices. It allows for finding new sources of inspiration. 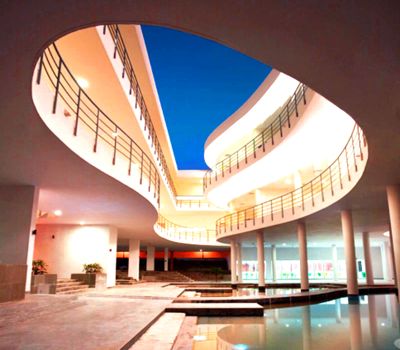 Branko Kolarevic stated that computational architectures are now taken over technological architectures. Kolarevic identified that computational architectures are based on some underlying concepts like topology, non-euclidean geometries, NURBS, parametric. This approach showed changing the direction of the process of how architects finding forms instead of making it. This shift can be distinguished that basic principles in the field of architecture are faced by changes that I mentioned above. Digital tools have given architects and designers great opportunities to communicate their work to large, international audiences. I think that the variability of new approaches, techniques creates the need for redesigning and rethinking during the process and the variability of techniques affects the outcomes in terms of creating forms, as it was mentioned, or new attitudes to investigate new techniques also. The digital is everywhere; from the infrastructure, we use to navigate the world to the objects we use to communicate.

Developments in digital morphogenesis have allowed construction and analysis of structures in more detail than could have been put into a blueprint or model by hand, with structure at all levels defined by iterative algorithms. The benefits of parametric software give a chance to investigate various results through the design process. Furthermore, these several potentials and integration of interdisciplinary knowledge can cause for the end results and its rationality instead of reaching a solution in a sequential manner. As fabrication techniques advance, it is becoming possible to produce objects with fractal or other elaborate structures