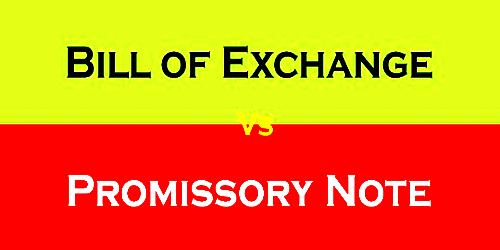 A promissory note is a financial instrument that contains a written promise by one party to pay another party a definite sum of money either on demand or at a specified future date. A bill of exchange is an order to pay. A promissory note is a promise to pay. The fundamental difference between Bill of Exchange and Promissory Note is that the former carries an order to pay money while the latter contains a promise to pay money.

We can distinguish or a difference between the bill of exchange and promissory note by the points:

How can justify the suitability of a security provided by a client?

Why Money Laundering is done?

Overdraft Agreement and its features