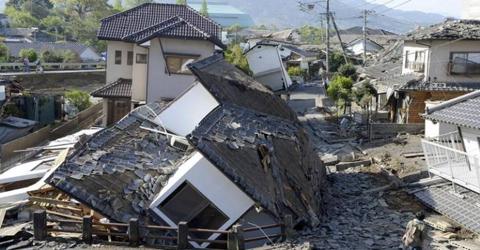 The word earthquake is used in the most general sense to describe any seismic event; whether natural or caused by humans; that generates seismic waves. Earthquakes are caused mostly by rupture of geological faults, but also by other events such as volcanic activity, landslides, mine blasts, and nuclear tests. It is estimated that around 500.000 earthquakes occur each year, detectable with current instrumentation. About 100,000 of these can be felt and only 100 can be fatal. The United States Geological Survey estimates that, since 1900, there has been an average of 18 major earthquakes. Most of the world s earthquakes (90%; and 81% of the largest) take place in the 40,000 km l horseshoe-shaped zone called the Circum-Pacific Seismic Belt, known as the Pacific Ring of Fire, which for the most part bounds the Pacific Plate. Massive earthquakes tend to occur along other plate boundaries, too, such as along the Himalayan Mountains.

Human activity can also produce earthquakes. Four main activities contribute to this phenomenon: storing large amounts of water behind a dam (and possibly building an extremely heavy building) and injecting liquid into wells; and by coal mining and oil drilling. 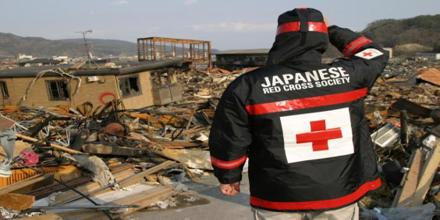 Earthquakes are measured observations from seismometers. The moment magnitude is the most common beak on larger than approximately 5 are reported for the entire globe. The largest wakes larger historic times have been of magnitude slightly over 9. The most recent large earthquake of magnitude 9.0 or larger was a 9.0 magnitude earthquake in Japan in March, 2011; and it was the largest Japanese earthquake since records began. Shaking and ground rupture are the main effects creates by earthquakes, principally resulting in more or less severe damages to buildings and other rigid structures. Earthquakes can cause fires by damaging electrical power or gas lines.

Tsunamis are long-wavelength, long-period sea waves produced by the sudden or abrupt movement of large volumes of water caused by earthquake. Floods may be secondary effects of earthquakes. If dams are damaged, Earthquakes may causes landslips to dam rivers, which collapse and cause floods.

Earthquake cannot be predicted beforehand. By taking some measures the damage caused by earthquake can be minimized. Moreover the urban area buildings should be constructed maintaining earthquake code so that life loss can be lessened.