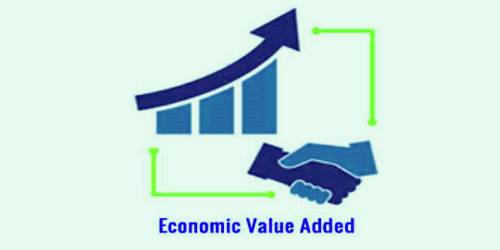 Economic value added can be calculated as the difference between the company’s net operating profit after tax and a portion of the amount of capital invested in the business. The amount of capital invested is multiplied by the weighted average cost of capital, which measures the opportunity cost of alternative investments. It is the incremental difference in the rate of return over a company’s cost of capital. EVA, also known as “economic profit”, indicates how profitable a company’s projects have been, which also serves as a measure of company management’s efficiency. It is also a financial measurement of the return earned by a firm that is in a surplus of the amount that the company needs to earn to appease shareholders.

The formula for EVA is: