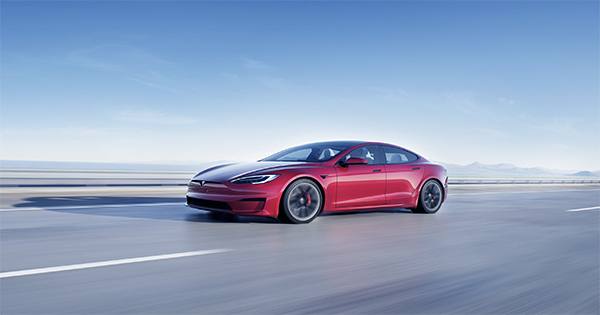 During a pre-recorded appearance at China’s World New Energy Vehicle Congress, an uncharacteristically scripted Elon Musk offered conciliatory and complimentary remarks to Chinese automakers, striking a position that is worlds distant from his commentary style in the United States. He remarked, the reflection of a ring light just visible in the window over his left shoulder, “I have a tremendous deal of appreciation for the numerous Chinese automakers for driving these [EV and AV] technologies.” The entire scene made one think that a crisis communications professional was hovering just out of sight, urging him to stick to his planned remarks.

However, according to regulatory filings, China is one of the most lucrative markets for electric vehicles in the world, accounting for almost one-fifth — or $6.66 billion — of Tesla’s worldwide sales last year.

While the United States remains one of Tesla’s most important markets, the firm has made a concerted effort to expand in China, including the inauguration of the Gigafactory Shanghai in 2019 to produce the Model 3 and Model Y. Tesla is battling against Chinese automakers such as Xpeng, an electric car startup, and Baidu, a search powerhouse.

“My honest observation is that Chinese automobile companies are the most competitive in the world, particularly because some are very good at software, and it is software that will most shape the future of the automobile industry, from design to manufacturing, and especially autonomous driving,” Musk wrote in the message.

Tesla’s entry into the world’s most populous country’s electric vehicle market was rocky at first, but the company was able to turn things around. The Tesla Model 3 was the best-selling electric vehicle in China last year.

Tesla has also been granted extraordinary autonomy in the region, as it is the only non-Chinese automaker permitted to own its local company in its entirety. Musk has stated this in previous public appearances.

During Tesla’s Battery Day event last year, Musk remarked, “I think something that’s really fairly important here is, Tesla’s the only foreign manufacturer to have a hundred percent owned factory in China.” “It’s not often fully understood or appreciated, but having China’s sole 100 percent owned foreign factory is a tremendous deal that’s paying off handsomely.”

But it hasn’t all been sunshine and roses for the company this year, which began in February when Chinese government officials called company leaders for a meeting over vehicle safety concerns. (To which Tesla responded, “We truly embraced the advice of government departments and seriously reflected on flaws in our business procedures.”)