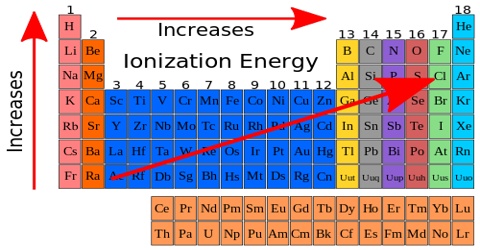 The first ionization energy of an element is the energy required to remove one electron from each of one mole of gaseous atoms to form one mole of unipositively charged gaseous cations. 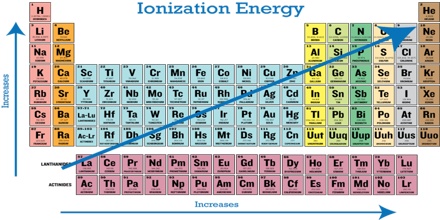 The equation for the process is;