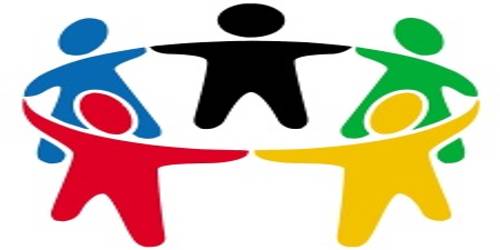 Cooperative society was originated from the word of co-operating which indicates assistance. Society means association or collection of a group of people. Earning profit is not the main goal of cooperative society, rather prosperity of the members, ensuring the rights and dignity as well as increase the aides are the main goals of this society.

In one sense, Cooperation is probably as old as civilization. Early people had to learn to work together to meet their common needs or perish. The Pilgrims who settled in Plymouth, MA, jointly cleared fields abandoned by the Indians, broke up the soil and planted and cared for their corn. After the harvest, celebrated with the Indians in 1621 with a Thanksgiving feast, the corn was shared equally among the settlers. Legend suggests that the initial structured cooperative business in the United States was the Philadelphia Contribution-ship for the Insurance of Houses from Loss by Fire, a mutual fire insurance company established in 1752. This association’s reputation is likely based on two factors. First, Benjamin Franklin was the organizer. Second, the business has been conducted so efficiently over the years that it is still operating today.

In the early 1800s, cooperative businesses appeared on several fronts. In Britain, cooperatives were formed as a tool to deal with the depressed economic and social conditions related to the struggles with Napoleon and industrialization. In the United States, farmers began to process their milk into cheese on a cooperative basis in diverse places such as Goshen, CT, and Lake Mills, WI.

Writers sometimes trace the origin of cooperatives from the Rochdale Equitable Pioneers’ Society, an urban, consumer cooperative organized in England in 1844. It sold consumer goods such as food and clothing to persons unhappy with the merchants in the community. While neither the first nor most successful early cooperative, the Rochdale Society developed an active outreach program, encouraging and assisting others to form cooperatives. It also prepared a written list of practices and policies that seemed consistent with the success of such efforts. This list became one of the first sets of cooperative principles, characteristics that distinguish cooperatives from non-cooperative businesses.

The Grange, founded in 1867, quickly became the major thrust behind agricultural and rural cooperatives in America. In 1874, a Grange representative went to Europe to gather information about cooperatives. In 1875, the Grange published a set of rules for the organization of cooperative stores, based on the Rochdale principles.

Local granges organized stores to serve their rural members. They sold groceries and clothing as well as general farm supplies, hardware, and agricultural implements. Granges in the South marketed cotton. Those in Iowa operated grain elevators. In Kentucky, they sponsored warehouses for receiving and handling tobacco. California Granges exported wheat and marketed wool.