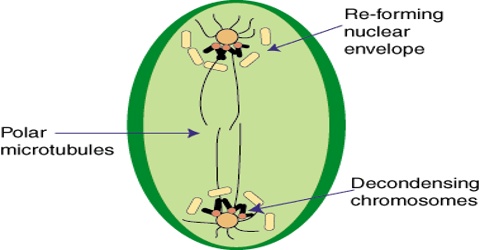 Prometaphase is the second phase of mitosis, the procedure that separates the duplicated genetic material carried in the nucleus of a parent cell into two identical daughter cells. 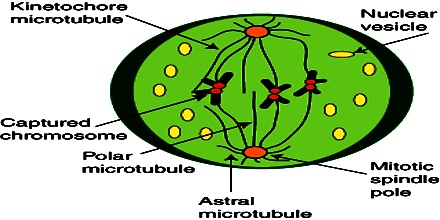 The changes of this phase are as follows:

(ii) Spindle apparatus consists of two kinds of fibres such as

(iii) When the formation of spindle apparatus being completed, the chromosomes start coming to the equatorial plant.

(iv) At the end of this phase, nucleolus completely disappears.

(v) The chromosomes finish condensing, so they are very compact.

(vi) The nuclear envelope breaks down, releasing the chromosomes.

Describe the Formation of a Female Gamete (n) from a Megaspore