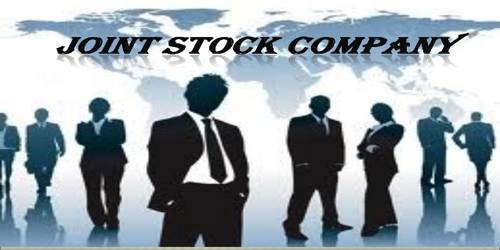 Joint Stock Company is a legal and invisible artificial being created by law. It is a company whose stock is owned jointly by the shareholders. It is an artificial person recognized by law, with a distinctive name, a common seal, a common capital comprising transferable shares of fixed value carrying limited liability and having a perpetual succession.

Share capital: The capital of a company is divided into shares of small quantity which are readily transferable from one owner to another without much formality. The member who holds the shares of a company can transfer its own any other person without the company’s permission.

Members of shares: Number of the share of Joint Stock Company has determined by law. In this regard, the members of private limited are at least 2 and at most 50 and in case of Public Limited Company the lower bound is at least 7 and the highest bound is determined according to the number of shares.

Limited Liability: The amount of liability of the shareholders in confined in their purchased amount share only. Their personal properties cannot be seized to meet the company’s liability beyond the other forms of business.

Perpetual succession: As the company has got distinct artificial personality created by law, it may never be disorientated even if there is any change in the company. In other words, its existence is not affected by the death, insolvency, or retirement of its shareholders or directors.

Common logo: Since a company is an artificial person created by law, therefore, it cannot sign a document for itself. Every Joint Stock Company has its own logo or seal that gives it a distinct familiarity in the business world which is used everywhere as its signature as a company.

Low credited concern: A joint stock company is the creation of law or special act of the state. In Bangladesh, Joint Stock Companies are formed, operated, and regulated by the Companies Act 1994.

Statutory responsibility: Joint Stock Companies have to maintain some statutory responsibilities and duties such as making the reserve of the portfolio, formulation of accounts, arranging meeting etc. However, some private companies get facilities to some extent of those duties.

Above were the types of general and legal features which were brought out by the analysis of the various definitions of Joint Stock Companies. These are the facts which make it distinct from the other types of companies.

Top 10 Advice’s on Starting a Business

Factors that Affecting Source of Funds