The passage of an electric current through a liquid causes chemical changes and this process is called electrolysis. The conduction is possible, only in liquids wherein charged ions can be dissociated in opposite directions (Figure). 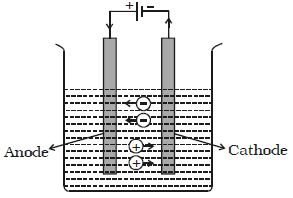