Home Physics What is Integrated Circuit?

Integrated circuit is commonly known as IC. IC is used in most of the electronic appliances starting from computer, mobile phone to microoven which we see around us. IC is such a creation using semiconductor like silicon where millions of microscopic electronic circuits are gathered in a place like the nail of our finger. Revolutionary changes took place in the design of IC chips after its invention in 1960. At the early stage, there were hundreds of circuits or components organized in the IC chips. The number reaches to thousands by 1970. At that time IC was used only in computers and pocket calculators. 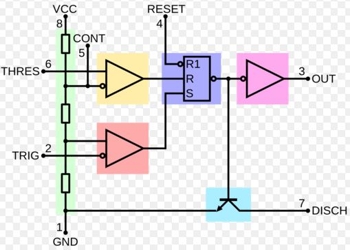 At present, a single IC chip can contain millions of components which are able to operate or drive many complex devices or machines. The famous Intel chip is an example of it. The interesting matter is that as the number of components is increasing, the size of the chips is getting smaller and the standard of the devices is being developed.

An integrated circuit is a piece of specially prepared silicon into which a very complex electronic circuit is etched using photographic techniques. Silicon chips can contain computer processors, memory and special devices. The chip is very fragile and so is normally surrounded by a tough plastic package, and electrical contact with the chip is provided through metal legs sticking out of the package.

If the IC chips were not invented and developed, we would not get creative devices like mobile phone, internet, MP-3 player and so on. The modern IC chips have brought a revolution and given us many facilities and comforts.

Internal Resistance of a Cell