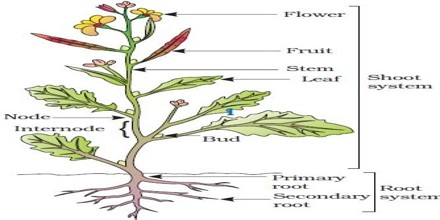 An ideal flowering plant can be divided into root, stem, leaves, flower, and fruit, etc. The flower is the plant part where seeds are made to make more plants of its type.

Shoot: The part of the plant that remains above the soil is called shoot. Shoot consists of stems, leaves, flowers, and fruit. The stem has the node, internode, and apical bud. The flowers grow at the axis of the leaves. Flowers have calyx, androcium, Corolla, and ovary.

Let examine the parts using the diagram of the chili plant given. The key parts of a flower that are vital for its function are it’s male and female parts, the carpel and the stamen. 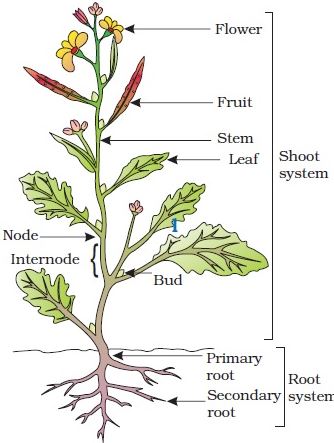 For example ginger, turmeric, onion, etc. You will learn more about it in the higher class.

What is Floral Diagram?

What do you mean by Fatty Oil or Fixed Oil?