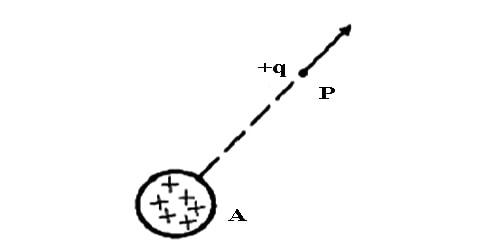 Electric intensity is a vector quantity and its direction is along the force acting on a unit positive charge placed in an electric field. The unit of electric charge is Newton/Coulomb (NC-1).