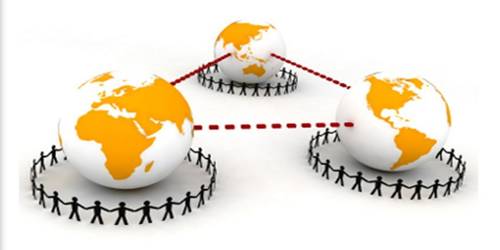 Factors which determine the gains from international trade with trade theory –

(b) The difference in Cost Ratios: According to Harrod, the gain from international trade depends on the relation between the ratios of the costs of production in the two countries concerned. The gain does not depend on the comparative cheapness of producing commodity X or Y the two countries.

(e) Factor Endowments and Technological Conditions: There exists a positive correlation between the size of foreign trade and the total gain reaped by the participating nations. However, kinds and quality of factors available to a country and its technological advancement have a unique significance in this regard. A big, capital-abundant, and technically as well as an economically advanced country will have a larger size of foreign trade than a small, labor-abundant, technically and economically backward country. Moreover, a country exporting manufactures will have favorable terms of trade against a country exporting primary products.