Home Business What factors have to lead to increasing globalization? 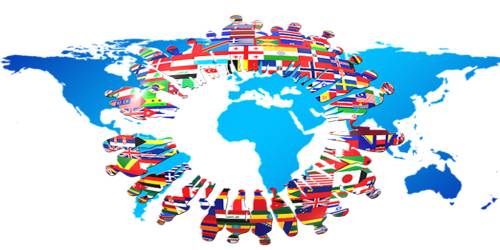 Globalization is not a new phenomenon. The world economy has become increasingly interdependent for a long time. However, in recent decades the process of globalization has accelerated; this is due to a variety of factors, but important ones include improved trade, increased labor, and capital mobility and improved technology.

Main reasons that have caused globalization –

(a) Improved transport, making global travel easier. For example, there has been a rapid growth in air-travel, enabling greater movement of people and goods across the globe.

(b) Containerization. From 1970, there was rapid adoption of the steel transport container. This reduced the costs of inter-modal transport making trade cheaper and more efficient.

(c) Improved technology makes it easier to communicate and share information around the world. E.g., the internet. For example, to work on improvements on this website, I will go to a global online community, like elance.com. Their people from any country can bid for the right to provide a service. It means that I can often find people to do a job relatively cheaply because labor costs are relatively lower in the Indian sub-continent.

(f) Reduced tariff barriers encouraging global trade. Often this has occurred through the support of the WTO.

(g) Firms exploiting gains from economies of scale to gain an increased specialization. This is an important feature of the new trade theory.

(j) A financial system is increasingly global in nature. When US banks suffered losses due to the sub-prime mortgage crisis, it affected all major banks in other countries who had bought financial derivatives from US banks and mortgage companies.

(k) Improved mobility of capital. In the past few decades, there has been a general education in capital barriers, making it easier for capital to flow between different economies. This has increased the ability for firms to receive finance. It has also increased the global interconnectedness of global financial markets.