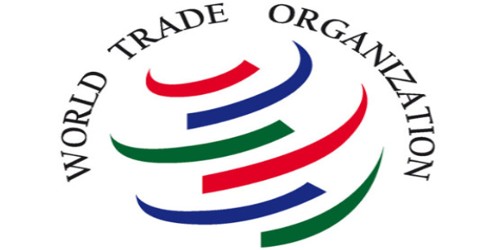 The World Trade Organization (WTO) is an international organization dealing with the global rules of trade between nations. Its main function is to ensure that trade flows as smoothly, predictably, and freely as possible. The World Trade Organization (WTO) is the international body dealing with the rules of trade between nations. Its goal is to supervise and expand international trade, monitor national trade policies, and provide technical assistance to developing nations. The WTO Secretariat, based in Geneva, has around 600 staff and is headed by a Director-General.

The WTO is a forum for negotiating and formalizing agreements between nations, as well as resolving disputes. The organization grew from the General Agreement on Tariffs and Trade (GATT), which was established shortly after World War II. The WTO officially began in 1995 and now has 153 member countries representing more than 97% of the world’s trade. An additional 30 nations are currently observers seeking membership. Its annual budget is roughly 160 million Swiss Francs. It does not have branch offices outside Geneva.

Objectives of the WTO:

Predictable – foreign companies, investors and governments should be confident that trade barriers (including tariffs and non-tariff barriers) should not be raised arbitrarily; tariff rates and market-opening commitments are “bound” in the WTO;

More Competitive – discouraging “unfair” practices such as export subsidies and dumping products at below cost to gain market share;

The WTO agreement not only allows members to take procedures to maintain the health of the health but also the health of the earth but not the environment. However, these measures should be implemented in both national and international trade in a similar way.

Based on the above the key functions of WTO include –

(1) To facilitate and act as a forum for trade negotiations.

(2) Administration of Rules and Procedures and implement rules and provisions related to trade policy review mechanism.

(3) Co-operate with other multilateral institutions such as the World Bank, IMF, etc.

(5) To maintain a database on world trade and provide facilities for implementation, administration, and operation of multilateral and bilateral agreements of the world trade.

(6) Administration of plurilateral trade agreements and administer the rules and processes related to dispute settlement.

(8) To function as a watchdog for international trade and ensure the optimum use of world resources.

(9) Maintains communication with NGOs and other organizations to receive inputs and disseminate information regarding its workings.

(10) To assist international organizations such as IMF and IBRD for establishing coherence in Universal Economic Policy determination.