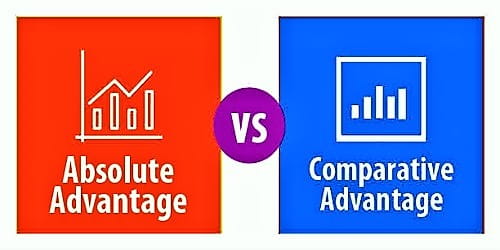 Absolute advantage and comparative advantage are two vital concepts in economics and international trade. They mainly control how and why nations and businesses allocate resources to the manufacture of exacting goods.

Comparative Advantage – Comparative advantage takes a more holistic view, with the perspective that a country or business has the resources to produce a variety of goods. It introduces opportunity cost as a factor for analysis in choosing between different options for production diversification.