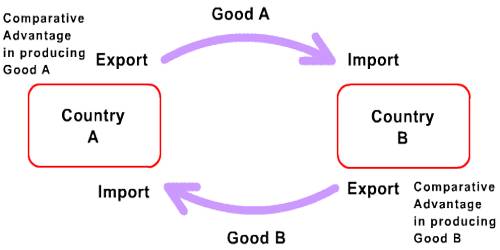 Absolute advantage is the ability of a country, individual, company or region to produce a good or service at a lower cost per unit than another entity that produces the same good or service. No country in the world is self-dependent. So they need the help of other countries. It is the major to ensure to occur international trade. Simply international business is the step to ensure international trade. Simply international business is the business which occurs between two or more countries crossing the national boundaries. For example, China and other some Asian countries are recognized to have an absolute advantage in industrialized because they can take benefit of low labor costs. Canada is identified to have an absolute advantage in farming construction because of its vast areas of low-cost, undeveloped land.

In 1776, Adam Smith questioned the leading mercantile theory of the time in The Wealth of Nations. Adam Smith, an Inquiry into the Nature and Causes of the Wealth of Nations (London: W. Strahan and T. Cadell, 1776). Recent versions have been edited by scholars and economists. Smith offered a new trade theory called absolute advantage, which focused on the ability of a country to produce a good more efficiently than another nation. Smith reasoned that trade between countries shouldn’t be regulated or restricted by government policy or intervention. He stated that trade should flow naturally according to market forces. In a hypothetical two-country world, if Country A could produce a good cheaper or faster (or both) than Country B, then Country A had the advantage and could focus on specializing on producing that good. Similarly, if Country B was better at producing another good, it could focus on specialization as well. By specialization, countries would generate efficiencies, because their labor force would become more skilled by doing the same tasks. Production would also become more efficient because there would be an incentive to create faster and better production methods to increase the specialization.

Smith’s theory reasoned that with increased efficiencies, people in both countries would benefit and trade should be encouraged. His theory stated that a nation’s wealth shouldn’t be judged by how much gold and silver it had but rather by the living standards of its people. That means that fewer resources are required to produce a similar amount of goods and there will be lesser costs than other economies. 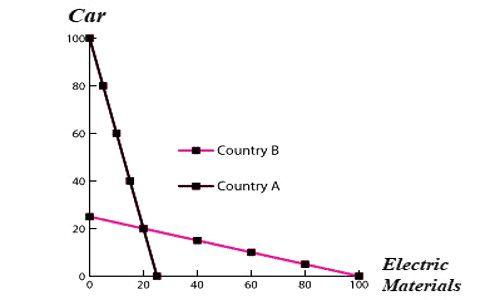 Smith assumed that the costs of the commodities were computed by the comparative amounts of labor required in their particular manufacture processes. He also assumed that labor was movable within a country but immobile between countries. He took into contemplation a two-country and two-commodity structure for his analysis.

However, there are certain limitations of this theory –