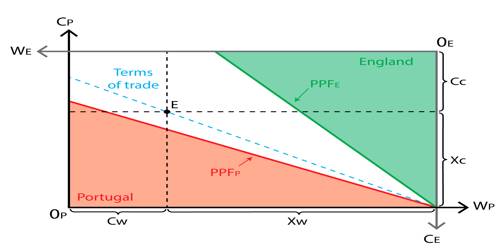 Comparative advantage theory was developed by David Ricardo. It helps explain how trade benefits the world if there is a situation ensures one of the countries can produce both the commodities at a lower cost compared to its trading partner. The most efficient and productive pattern of specialization occurs when people concentrate on.

David Ricardo developed the classical theory of comparative advantage in 1817 to explain why countries engage in international trade even when one country’s workers are more efficient at producing every single good than workers in other countries. His most well-known work is the Principles of Political Economy and Taxation (1817).

According to Daniels – International business which insists on all commercial transactions – including sales, investments, and transaction that takes place between or more countries.

According to Charles W.L.Hill – “International business is concerned with any firm that engages in international trade or investment.