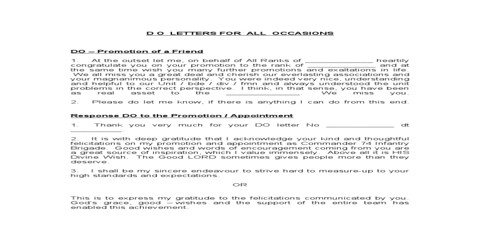 Mixed style: Demi-official letter is written by condensing both the styles of official and personal letters.

Structure: This type of letter does not follow any established structure. Writers can follow any structure as they think.

Language: use of language in this letter depends on personal relationship between sender and receiver. It is not written by using traditional official language.

Presentation: In this letter, no predetermined method of presentation is used. Messages can be arranged in any format depending on the sender’s choice.

Copy: This letter is neither copied nor distributed.

Appeal: Its appeal is limited to the specific receiver. In the absence of the receiver, this letter has no utility.