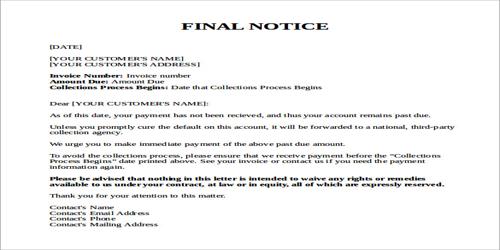 Dunning letters are written in a series. The series starts with sending a statement of account. After that, minders letters are sent. If reminder letters do not work, credit department sends an inquiry and discussion letter. If this letter also fails to produce satisfactory result the seller then sends an appeal and urgency letter. If the customer still ignores the seller’s request, then the final letter of the series is drafted indicating that necessary legal action will be taken against the customer. The final letter of the series contains some distinct features. These are as follows:

How can a company differentiate its product?

How can an organization develop corporate policies for Ethical Conduct?