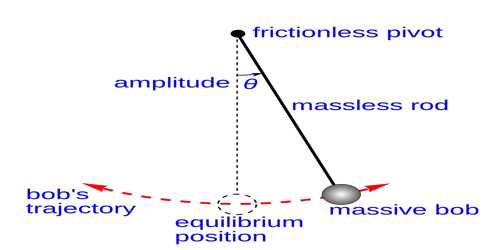 First Law of Simple Pendulum—Law of isochronisms: When the angular amplitude of oscillation does not exceed 4°, the time period of oscillation of a simple pendulum of fix length at a given place is always constant, being independent of amplitude.

This law tells us that if θ ≤ 4° and g and L remain constant, then time period, T = constant for each oscillation. In 1582 Galileo discovered this law.