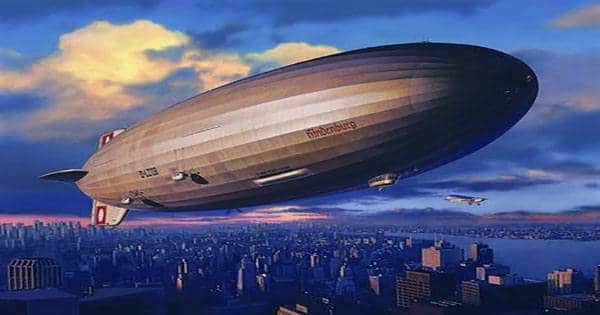 A YouTuber has utilized artificial intelligence (AI) to upscale, colorize, and repair film of the Hindenburg airship traveling over New York City, as well as the disaster that ensued. The LZ 129 Hindenburg was designed to fill with helium, a non-flammable gas. The US held a monopoly on the gas and intended to keep it that way, with the Helium Control Act of 1927 prohibiting its export. Nonetheless, the Hindenburg’s designers believed they could persuade the United States to export the gas, and they went forward with their plans.

One concept was to use hydrogen cells as the inner cells of bigger helium cells. This would imply that instead of letting the far rarer helium out when the crew needed to vent off gas to compensate for the fuel that had been burned throughout the trip (basically to keep them from drifting away like a child’s balloon), they could let the cheaper hydrogen escape. The inert helium encircling the hydrogen would also protect it from exploding into a huge, horrifying ball of flame.

When it became clear that the United States would not be exporting helium any time soon, the engineers were forced to adapt it for usage with hydrogen gas only. On the plus side, this increased the ship’s lift, allowing it to carry more passengers. Given the gas’s flammability, this was also a significant disadvantage, as the accident 14 months after the launch demonstrated.

The Hindenburg had 62 successful flights before the infamous disaster in 1937, including 10 round trips between the United States and Germany. The reconstructed video above includes footage of these flights, as well as a video of the ship flying over New York. Upscaled Studio created further footage, which you view below, The reason for the Hindenberg catastrophe, which can be seen at the conclusion of the movie as the ship approaches Naval Air Station Lakehurst, New Jersey, is unknown, while various theories have been advanced, ranging from sabotage to St Elmo’s Fire. The most logical hypothesis is that it is generated by a static electrical spark. In 2013, a team of engineers from the South West Research Institute in the United States demolished scale models of the Hindenberg in order to understand out what caused the accident by comparing footage and eyewitness statements to the staged miniature disasters.

The balloon becomes charged with static electricity during an electrical storm, they decided. When the crew used the ropes to lower the spacecraft to the ground, they essentially earthed it, igniting the hydrogen with a spark from the ship’s rear. “I believe electrostatic is the most plausible method for creating the spark,” British aeronautical expert Jem Stansfield commented at the time. “Starting at the top, the flames from our trials would have most likely traced their way down to the center. When it arrived to the bottom, an explosive combination of gas provided the whoosh.”