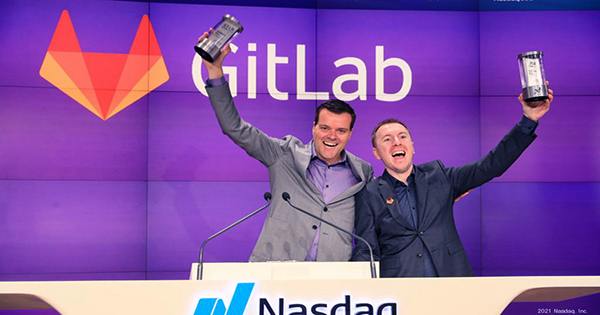 While the rest of the IT and business worlds were gearing up for the weekend, GitLab, a developer operations (DevOps) organization, filed to go public, before we begin our vacation, we must take a moment to reflect on the company’s S-1 filing and draw some preliminary judgments. GitLab is a competitor of GitHub, which Microsoft acquired in 2018 for $7.5 billion.

GitLab, for example, has a long-held remote-first approach and is more transparent with its metrics than other unicorns – for a long time, GitLab has November 18, 2020, IPO objective in its public plans. We also knew when it hit the $100 million mark in recurrent revenue.

As a result, the company’s initial public offering (IPO) has been anticipated for quite some time. According to PitchBook statistics, GitLab raised $286 million in its most recent main transaction, valued at $2.75 billion post-money. According to the same source, GitLab completed a $195 million secondary sale earlier this year, giving the firm a $6 billion valuation.

Let us look at GitLab’s growth rate, pre-IPO size, and SaaS metrics, and see whether we think it can outperform its most recent private-market pricing. Does that make sense? Let us get it on.

GitLab plans to go public on Nasdaq under the ticker “GTLB.” The business’s IPO filing specifies a $100 million fundraising estimate as a placeholder, but that amount will alter once the company establishes an initial pricing range for its shares. Its fiscal year finishes on January 31, which means that its quarters are one month behind regular calendar times. Let us begin with the major figures.

This portrays an image of a SaaS firm that is rapidly scaling up while maintaining practically flat gross margins (88 percent). GitLab spent more on sales and marketing than it made in gross profit in the last two fiscal years, indicating that growth has not been cheap.

Mystery of the Cryptocurrency CEO’s Death Just Got Murkier