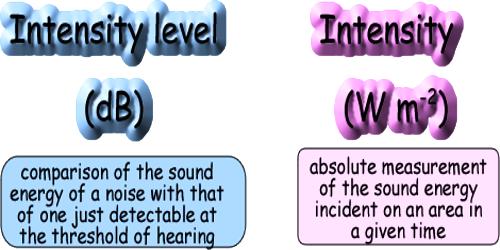 The loudness of a sound is the magnitude of the auditory sensation produced by the sound. It depends upon both intensity and frequency. It is determined by the intensity of sound. Loudness increases with intensity, but not to the same proportion. The relation between loudness and intensity is discussed below.

Intensity: Intensity of sound is a physical quantity. We define intensity as:

Amount of energy propagated per second through a unit area placed perpendicular to the direction of propagation of sound is called intensity. It is denoted by I. Unit of intensity is Js-1 m-2 or Wm-2. 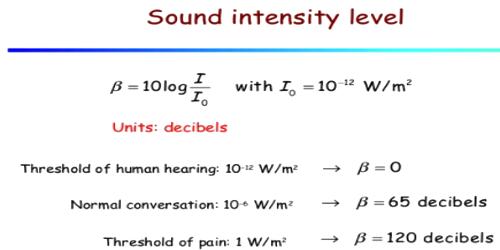 It is mentioned earlier that loudness increases with intensity; but not proportionately. According to Weber Fechner loudness is proportional to the logarithm of intensity. If S is the loudness and I is the intensity, then according to this law relation between them is,

Degrees of Freedom for Translatory Motion