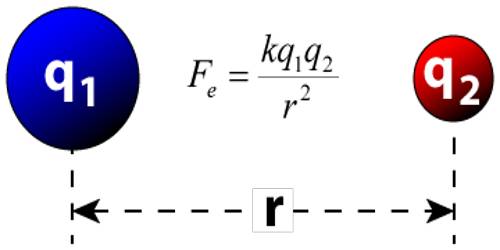 Coulomb’s law is an extended method of the quantity 4π in MKS unit. This method is proposed by Oliver Heaviside and Lorentz in 1995.

From the idea of induction, it is seen that, the number at tubes of force passing through the area located perpendicular to the direction of electric field = ε E, where E = Electric field, ε = permittivity of the medium. The total induction in a plane can be calculated by Gauss’s law in that plane but total induction cannot be calculated by Coulomb’s law. Again, other than point charge magnitude of applied force in any other charged bodies cannot be determined by Coulomb’s law.

Coulomb’s law is valid if the average number of solvent molecules between the two interesting charge particles should be large.

Coulomb’s Law is derived under definite assumptions and can’t be used liberally like other general formulas. The law is limited to the following points:

Explain with Equation: Power in an AC Circuit