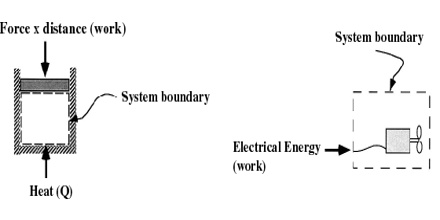 The laws of thermodynamics and many quantitative relationships deduced therefrom are based on some fundamental concepts. It is imperative to understand these concepts before discussing the principles of thermodynamics. 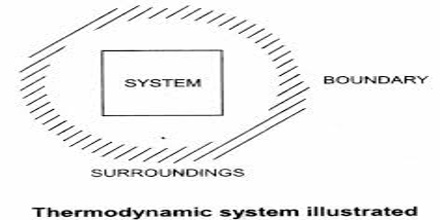 There are three types of systems depending on the nature of the boundary open, closed and isolated.

Open System: The system is called open when both energy and mass can pass between the system and the surroundings across the boundary.

A system can be either homogeneous or heterogeneous.