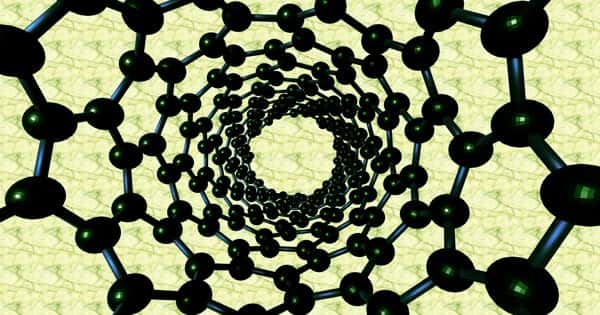 An international research team led by the University of Cologne has successfully connected several atomically precise nanoribbons made of graphene, a carbon modification, to form complex structures for the first time. Nanoribbon heterojunctions were synthesized and spectroscopically characterized by the researchers. The heterojunctions were then integrated into an electronic component. They have thus created a novel sensor that is highly sensitive to atoms and molecules. Their findings were published in Nature Communications under the title ‘Tunneling current modulation in atomically precise graphene nanoribbon heterojunctions.’

The work was done in collaboration with the Institute for Experimental Physics, the Department of Chemistry at the University of Cologne, and research groups from Montreal, Novosibirsk, Hiroshima, and Berkeley. The German Research Foundation (DFG) and the European Research Council (ERC) funded it (ERC). Although lateral heterojunctions of atomically precise graphene nanoribbons (GNRs) show promise for nanotechnology applications, their charge transport and most spectroscopic properties have not been studied.

A team of physicists and chemists has developed a highly sensitive sensor, which was made possible by a new heterostructure consisting of atomically precise graphene nanoribbons.

The graphene nanoribbon heterojunctions are only one nanometre (one-millionth of a millimetre) wide. Graphene is the world’s thinnest material, consisting of only a single layer of carbon atoms. For the first time, researchers in Manchester succeeded in creating single-atom layers of graphene, for which they were awarded the Nobel Prize in 2010.

‘The graphene nanoribbon heterojunctions used to make the sensor are seven to fourteen carbon atoms wide and approximately 50 nanometres long. What distinguishes them is that their edges are free of flaws. This is why they are referred to as “atomically precise” nanoribbons,’ said Dr. Boris Senkovskiy of the Institute for Experimental Physics. The researchers linked several of these nanoribbon heterojunctions at their short ends to form more complex heterostructures that act as tunneling barriers.

Because of their novel physical, electronic, and spin transport properties, graphene nanoribbons (GNRs) have piqued the interest of a wide range of device applications. In this paper, we investigate the hydrogen (H2) sensing properties of GNRs decorated with palladium (Pd) nanoparticles using a one-step chemical modification and reduction process.

Angle-resolved photoemission, optical spectroscopy, and scanning tunnelling microscopy were used to investigate the heterostructures. The generated heterostructures were then integrated into an electronic device in the following step. The quantum mechanical tunnelling effect governs the electric current flowing through the nanoribbon heterostructure. This means that under certain conditions, electrons can overcome existing energy barriers in atoms by ‘tunnelling,’ allowing a current to flow even if the barrier is greater than the electron’s available energy.

The researchers created a novel sensor for atom and molecule adsorption from the nanoribbon heterostructure. The tunnel current passing through the heterostructure is especially sensitive to adsorbates that accumulate on the surface. That is, when atoms or molecules, such as those found in gases, accumulate on the sensor’s surface, the current strength changes. ‘The prototype sensor we built has outstanding properties. It is especially sensitive and can be used to measure even the smallest amounts of adsorbates,’ said Professor Dr. Alexander Grüneis, head of a research group at the Institute of Experimental Physics.

Based on p–n junction theory, a sensing mechanism was proposed to explain these H2 sensing characteristics. Our findings show that nanoparticles can be incorporated into GNR-based gas sensors via chemical functionalization, and we present a novel strategy for using GNRs in high-performance gas sensors.