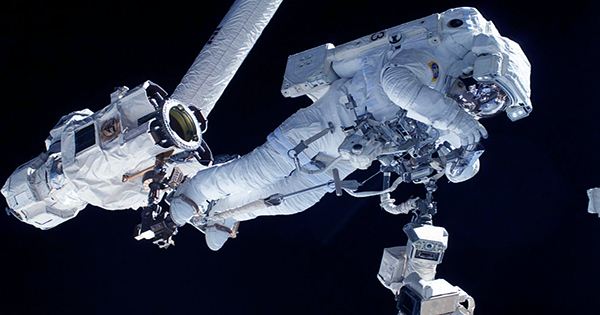 In all the ways you can think of dying in space – including shapeshifting aliens, robots losing their minds and trying to kill you, potato chips flying over consoles, etc. – drowning is probably out of every astronaut’s mind. Yet in July 2013, astronaut Luca Parmitano encountered exactly that scene while operating a spacewalk outside the International Space Station (ISS). As one of the most dangerous incidents in the history of Spacewalk, Permitano was conducting an extravascular activity (EVA) when he saw water rising inside his helmet.

He informed NASA about the situation, but for a time they did not understand how serious the incident was. For the full 23 minutes, he remained outside the ISS while the fluid continued to rise, and swirled inside his helmet. When he was dragged inside the house, it fell into his eyes and was close to his nose and mouth, commonly known in astronomical terms as “those holes in your mouth you need to survive.” “As I embarked on the plane, I became more and more convinced that the water was rising,” Permito wrote of the experience on his European Space Agency blog.

“I feel it by covering the sponge in my earphones and I wonder if I will lose audio recognition. The water has almost completely covered the front of my visa, sticking to it and blurring my vision.” He realized that to get back to the station he would have to adjust his body position completely upside down.

“Right now, as I turn ‘upside down’, two things happen: the sun goes down, and my ability to see – already compromised by water – makes my eyes useless; but worse, the water covers but my nose – really The horrible sensation that I make worse by trying in vain by trying to move the water by shaking my head. So far, the top of the helmet is full of water and I can’t even be sure that the next time I breathe, I’ll fill my lungs with air and not liquid.”