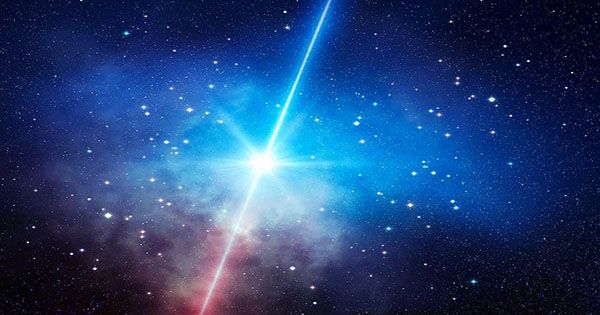 Gamma-rays are one of the universe’s most energetic kinds of light. Certain radioactive processes and extreme cosmic phenomena such as supernovas, pulsars, and black hole accretion disks emit them. However, some phenomena appear in stretches of vacant sky and have no discernible cause. Researchers have now figured out where the stars come from star-forming galaxies. Researchers modeled the likely origins of the diffuse gamma-ray background, which is notably visible in data from NASA’s Fermi Gamma-Ray Space Telescope, as published in the journal Nature.

The radiation must be originating from galaxies that are undergoing huge bursts of star creation, according to the astronomers. Cosmic rays, which are particles that travel near to the speed of light, could be a substantial contributor to the emission. When these particles collide with interstellar gas, they emit gamma rays, which are abundant in star-forming galaxies.

In a statement, Dr. Matt Roth of the Australian National University (ANU) said, “It’s a big milestone to finally find the origins of this gamma-ray emission, unlocking a mystery of the universe astronomers have been trying to decipher since the 1960s.”

“In the universe, there are two clear sources that create significant amounts of gamma-rays. One occurs when gas falls into the supermassive black holes found at the centers of all galaxies, known as active galactic nuclei (AGN), while the other occurs when stars develop in galaxies’ disks “Roth clarified. “We modeled the gamma-ray emission from all galaxies in the universe and compared our findings to estimates for other sources, and discovered that star-forming galaxies, not the AGN process, create the bulk of diffuse gamma-ray radiation.”

A greater understanding of how cosmic rays flow through the interstellar gas of star-forming galaxies, as well as a better comprehension of those galaxies, were required for the modeling. That’s where NASA’s Hubble Space Telescope comes in, allowing us to estimate galaxies’ masses, as well as their distances, physical sizes, and rates of star creation.

“Our model can also be used to predict radio emission – electromagnetic radiation with a frequency similar to that of a car radio – from star-forming galaxies, which could help researchers learn more about galaxies’ internal structure,” Dr Roth added.

“Right now, we’re looking at making gamma-ray sky maps that may be used to guide future gamma-ray observations from next-generation telescopes. This includes Australia’s participation in the Cherenkov Telescope Array. With this new technology, we should be able to see a lot more star-forming galaxies in gamma-rays than we can with present gamma-ray telescopes.”

Gamma-ray astronomy has a bright future ahead of it.