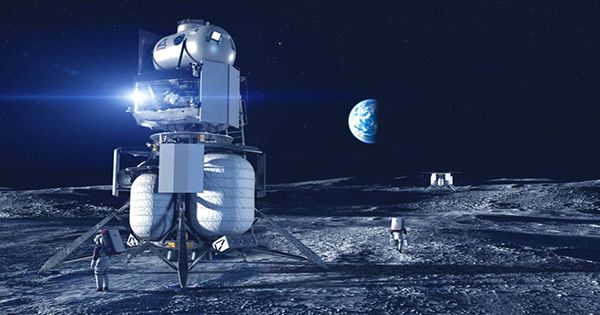 The majority of the world’s population was not alive when the last human walked on the Moon, so we will have to wait a bit longer to see it happen again. The Artemis Program to send people to our satellite is currently on track; however, the earliest feasible human landing date has been pushed back by at least a year to 2025. Despite admitting that “other circumstances” had a role, NASA has singled out Blue Origin’s lawsuit as a source of blame, something to keep in mind anytime Jeff Bezos promises to be helping humanity become multi-planetary.

For many years, NASA has wanted to return to the Moon, and in 2017, the Artemis mission granted the green light, Artemis wants to build a long-term human presence on the Moon, which might serve as a stepping-stone to Mars. However, in the near future, it hopes to launch the unmanned Artemis 1 mission next year, followed by a crewed mission that, other things, place the first woman on the Moon.

Originally scheduled for 2024, NASA Administrator Bill Nelson revealed, “the first human landing under Artemis is likely no earlier than 2025.” NASA chose SpaceX to deliver the Human Landing System for the project for $2.9 billion in April, It is not unexpected that SpaceX was chosen; the company has a record of accomplishment of delivering supplies and, more recently, humans to and from the International Space Station. Its rivals can only exhibit suborbital jumps beyond the atmosphere now. They also do not appear to be as awkward.

That did not stop Bezos from becoming incensed by the decision and filing a lawsuit against NASA, stating that the agency “disregarded crucial flight safety criteria.” The case, according to NASA, might create a delay in people returning to the Moon. The lawsuit dropped last week, but it appears that there is no way to resolve the situation.

“We are happy with the comprehensive examination of NASA’s supplier selection process for the human landing system (HLS) by the United States Court of Federal Claims, and we have immediately restarted discussions with SpaceX,” Nelson stated.

“It’s evident that we’re both anxious to go back to work on our initial lunar demonstration flights and create a new timeframe.” “Getting back to the Moon as swiftly and securely as possible is a top aim for the agency.”

He did say, though, that the litigation was one of the reasons the 2024 landing date was no longer possible. Instead, Nelson stated that a crewed test mission would take place by at least May 2024, but that while this will transport people farther away from Earth than we have ever gone before, a second Moon landing will have to wait another year or more.

Inevitably, NASA’s budget will not be adequate to cover all of the planned activities. “In the future, NASA plans for at least 10 Moon landings, and the agency will require considerable financial increases for future lander competitions, beginning with the 2023 budget,” Nelson said.

The postponement “does not influence later Artemis mission timetables and lunar surface plans,” according to NASA, which includes the construction of Gateway, a lunar orbiting station. The lawsuit might be a handy excuse for failing to achieve a politically imposed unreasonably short timetable, or it could be proof that billionaires’ egos are a hindrance, not an advantage, in humanity’s drive for space.