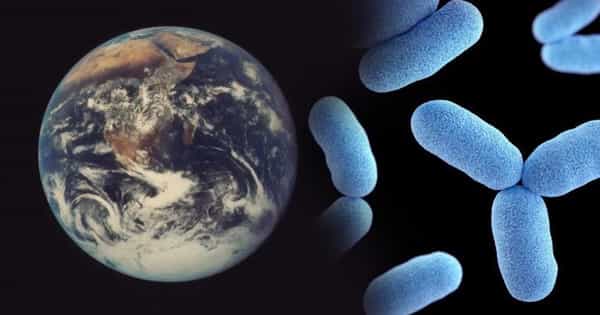 The Covid pandemic has already turned life on its head – and no doubt prompted some people to consider leaving the planet. Now, a leading scientist has warned that viruses may exist not only on Earth but also elsewhere in the universe if life exists.

If we ever came across an alien world teeming with extraterrestrial life, we’d probably see a lot more than just human-sized aliens. Any environment capable of supporting life would do so on the backs of countless extraterrestrial microbes and, as astrobiologist and cosmologist, Paul Davies of Arizona State University warns, extraterrestrial viruses as well.

“Viruses are actually part of the web of life,” Davies explained to The Guardian. “I would expect that if there is microbial life on another planet, it will have the full complexity and robustness that comes with being able to exchange genetic information if it is to be sustainable and sustained.”

Any environment capable of supporting life would do so on the backs of countless extraterrestrial microbes and, as Arizona State University astrobiologist and cosmologist Paul Davies warns, extraterrestrial viruses as well.

Prof Paul Davies, an astrobiologist, cosmologist, and director of Arizona State University’s Beyond Center for Fundamental Concepts in Science, stated that the concept of aliens ranges from microbial life to super-advanced civilizations that may be signaling to us.

Davies contends that viruses, which many biologists argue do not meet the minimum requirements for being considered alive, are still an important part of an ecosystem because of their ability to transfer genetic material from one organism to another, potentially driving evolution forward.

However, Davies agreed that a diverse range of microbes and other microscopic agents would be required to sustain life in its entirety, whatever form it takes. And it appears that viruses – or something with a similar function – could be involved.

Viruses from space sound like a great idea for a horror film, but Davies pointed out to The Guardian that a harmful alien virus would most likely be more dangerous to the inhabitants of its home planet than to any human visitors — primarily because it would not have evolved to infect and spread among humans.

Viruses, according to Davies, can be viewed as mobile genetic elements. Indeed, a number of studies have suggested that viral genetic material has been incorporated into the genomes of humans and other animals through a process known as horizontal gene transfer.

“The dangerous viruses are those that are extremely well adapted to their hosts,” Davies explained to The Guardian. “If there is a truly alien virus, chances are it will not be dangerous.” Of course, this is all speculative. Even the best (human) scientists have failed to find any evidence that there is another world out there with a complex ecosystem like Earth, let alone any life at all.

While the importance of microbes to life is well understood, the role of viruses is less well understood, according to Davies. However, he stated that if other worlds have cellular life, viruses or something similar would most likely exist to transfer genetic information between them. Furthermore, he believes that alien life is unlikely to be homogeneous. “I don’t think it’s a matter of going to another planet and finding only one type of microbe that is perfectly happy. “I believe it has to be a whole ecosystem,” he added.

Aside from the potential dangers of alien pathogens, Davies’ warning is a fascinating reminder that any extraterrestrials that may exist out there would not exist in a vacuum — they would most likely be surrounded by all sorts of life, just like the diverse ecosystems we have here.

The Best New Images Of Europa, Jupiter’s Moon, In 20 Years Thanks To Juno