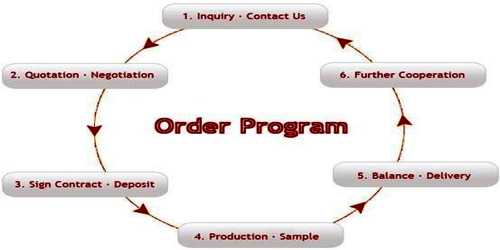 A Quotation is a business offer made by a seller to an interested buyer to sell certain goods at specific prices and on certain terms and conditions. In foreign trade, quotation methods are very important. Here the methods of payment are determined. Exporter informs the price and the way to pay the price by invoice. Here some method of quotations is described below

The seller’s hands cover the goods, clearance for export into the custody of the first carries at the named place. This term is suitable for all modes of transport, including carriage by air, rail, road and other transport.

After the bringing out of the products from the go-down and until to the arrival of the ship, all the cost is paid by the exporter.

It indicates all the expenses in the exporting and importing until the arrival of supplies to the importers except the cost of insurance. The exporters pay all expenses of freight except the insurance cost.

Exactly the same as CFR except that the seller must, in addition, procure and pay for insurance for the buyer, maritime transport only.

The general / containerized / Multimodal equivalent of CFR. The seller pays for carriage to the named point of destination but risk passes when the goods are handed over the first carrier.

The containerized transport is the multimodal equivalent of CIF. Seller pays for carriage and insurance to the named destination point, but risk passes when the goods are handed over to the first carrier.

Where goods are delivered ex-ship, the passing of risk does not occur until the ship has armed at the named port of the destination and the goods made available for unloading to the buyer.

It means the same as DES but the passing of risk does not ax until the grinds have been unloaded at the port of destination.

It means that the seller pays for all transportation costs and bears all risk until the goods have been delivered and pay the duty also used interchangeably with the term “Free Domicile”.

These are commonly used methods of quotation of foreign trade. From these methods exporter and importer choose their suitable method of quotation for paying the price of the products.