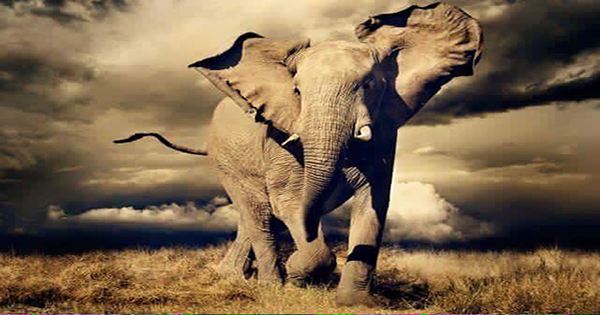 The Namibian government has condemned selling 170 wild elephants to international buyers in a controversial auction held today in the face of a petition seeking more than 100,000 signatures.

Conservationists have warned that the environment ministry in response to a call has exaggerated the demand for a human-elephant conflict for a ban on sales, to paint a picture of the environment with forests and tourist animals, elephants from 29 African countries are now on the verge of extinction. Elephant poaching and illegal killing are among the threats. In the last 100 years, about 95% of Africa’s population has lost elephants, and 8-10% of those who survive to die annually.

Some of the elephants captured by the Namibian government handed over trans-boundary livestock that has reared for thousands of years, making large-scale transfers across the African continent. Conservationists who stand to protect these animals argue that their nomadic way of life means that no country can claim them and thus they can be abused, killed, or sold under local government rules.

According to a report given to IFLScience by National Park Rescue Operations Director Conservationist Mark Healy, the Namibian government (NGO) claims to have “many more” elephants, but their number is officially only 23,736 – much less than their smaller neighbor, Botswana, which is about 130,000 accommodation. Conservationists estimate that between 17,256 and 20,000 of these elephants migrated between Namibia, Angola, Zambia, and Botswana and that the population of Namibia was probably closer to 5,688. The population of Botswana faced their own tragedy last year, as hundreds of elephants were lost in a massive event, the exact cause of which still remains unclear, despite claims to blame cyanobacteria in small ponds.

In 2017, the Nov controversially refused to take part in the first Pan-African “Great Elephant Survey”, meaning it could not follow the standard method of determining population size and exaggerate population statistics and human-wildlife conflict. It feared that revenue-generating initiatives could drive inflation to this number, examples of which include high hunting quota demand, zoo sales, and ivory coolers.

Hiley wrote in a press release emailed to IFLScience, “For thousands of years, maternal elephants have led their herds across multiple countries each year.” “Even though we have slaughtered 95% of all elephants in 100 years, the last of these great flocks still travel their epic. These international elephants are not ‘owned’ by anyone and Namibia’s proposal to capture and exploit them rightly seen as a crime against nature. ”