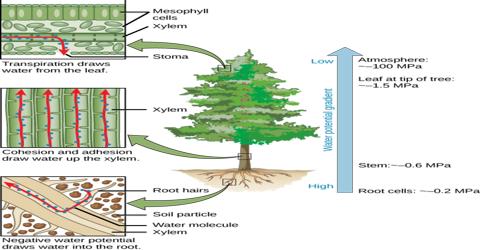 Protoplasm is the physical basis of life and about 90% of the protoplasm is occupied by water. The activity of protoplasm is stopped due to the want of water. Plants normally use water in various processes including photosynthesis, transpiration, support system and nutrient distribution. Thus water is also named as fluid life.

The necessities of water in plant life are as lotions:

Role of Phytochrome Pigments in Flowering