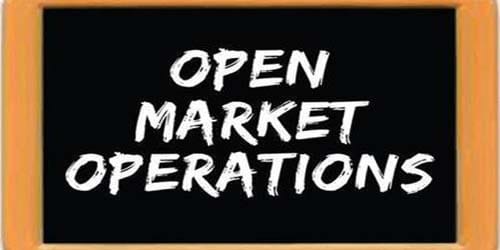 Open market operations refer to the sale and purchase of government securities and treasury bills by the country’s central bank to regulate the financing of the economy. The central bank can either buy or sell government bonds in the open market (hence the name historically originated from here) or, at present, the most preferred solution, can enter a repo or transact secured ending with a commercial bank: the central bank for a specified period. Pays as deposit and contemporaneously accept a worthy asset as collateral. This is specified when the Federal Reserve buys and sells US Treasury securities on the open market to regulate the supply of money held in reserves by U.S. banks, and therefore to provide loans to businesses and customers.

Open-market activities, including short-term government securities, are carried out regularly. Proponents believe that both short-term and long-term securities transactions will distort the interest rate structure and allocate credit. This involves buying and selling government securities or other financial instruments to meet the demand for base money at the target interest rate. Currency targets such as inflation, interest rates, or exchange rates are used to guide this implementation. As a result, deposits and reserves of commercial banks increased. This increases their creditworthiness and, as a result, increases the flow of credit from banks to the public.