WMG researchers at Warwick University, in partnership with Imperial College London, have found a way to improve hybrid flow batteries and their industrial use. The new method will store energy in these batteries for a very long period of time at about a fifth of the price of current technologies, with limited location constraints and zero emissions. Researchers improved three hybrid flow cells using nitrogen-doped graphene (exposed to plasma nitrogen) in a binder-free electrophoresis technique (EPD).

Researchers have found a way to enhance hybrid flow batteries and their commercial use. The new approach can store electricity in these batteries for very long durations for about a fifth the price of current technologies, with minimal location restraints and zero emissions.

Modernizing the electricity grid would help the country face the challenge of meeting expected energy needs—including tackling climate change by adding more energy from renewable energies and improving the performance of non-renewable energy processes. Advances in the electrical grid must maintain a stable and resilient power supply system, and energy storage will play a major role in solving these problems by improving the working flexibility of the grid, decreasing costs and maintaining high stability, and deferring and reducing investment in infrastructure.

Wind and solar power are highly common sources of renewable energy. Unfortunately, sporadic problems prohibit them from being broadly connected to the National Grid. One possible solution to this issue is the deployment of long-lasting battery technologies, such as the redox flow battery. Given its tremendous promise, the actual costs of this method are a crucial determinant of the acceptance of the real world. An affordable grid battery should cost £75/kWh, according to the US Department of Energy. Lithium-ion batteries, which are responsible for grid energy, cost around £130/kWh. 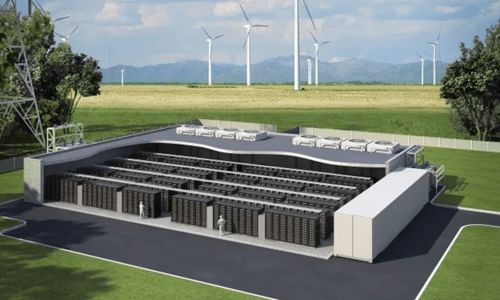 WMG researchers have now discovered a way to boost hybrid flow batteries or regenerative fuel cell (RFC) technology that could store energy for a very long period of time at around one-fifth of the cost of current storage technologies, with versatility in placement and negligible environmental effects. The technology blends carbon-based electrodes with economically sourced electrolytes (manganese or sulphur, which are abundant chemicals on the planet) by means of easy but highly effective electrophoretic deposition of nano-carbon additives (nitrogen-doped graphene) that significantly boost electrode longevity and efficiency in highly acidic or alkaline environments.

Dr. Barun Chakrabarti, a WMG Research Fellow at the University of Warwick and one of the leading authors of the study, said: “This EPD technique is not only simple but also improves the efficiencies of three different economical hybrid flow batteries thereby increasing their potential for widespread commercial adoption for grid-scale energy storage.”

The overall chemical cost of the hybrid flow battery is around 1/30th the cost of rival batteries, such as lithium-ion systems. Scaled-up technologies can be used to store energy from wind or solar power for a span of several days or seasons, for between £15 and £20 per kilowatt-hour. These batteries are also incredibly useful for grid-scale load-leveling applications as their architecture is very versatile due to their unusual ability to quantify their capacity independently of their storage.

The energy density of the hybrid flow battery, especially the polysulphide/air system (S-Air), is 500 times higher than that of the pumped hydroelectric storage. It is therefore much more compact and can be put next to any green generation.