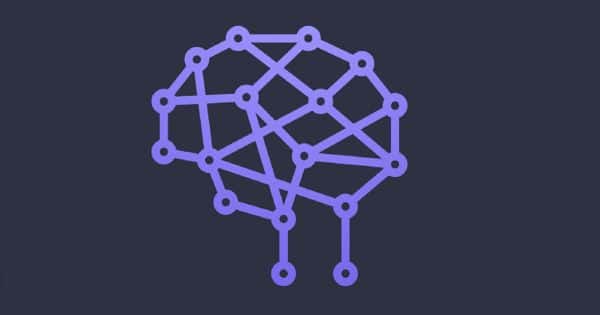 Researchers have created a small, energy-efficient device made of artificial neurons that can decode brainwaves. The chip analyzes data from epilepsy patients’ brainwaves to determine which areas of the brain cause seizures. This opens up new avenues of treatment.

Current neural network algorithms produce impressive results that aid in the resolution of an enormous number of problems. However, the electronic devices used to run these algorithms still necessitate a significant amount of processing power. When it comes to processing sensory information or interacting with the environment in real time, these artificial intelligence (AI) systems simply cannot compete with a human brain.

Researchers from Zurich have developed a compact, energy-efficient device made from artificial neurons that is capable of decoding brainwaves.

Neuromorphic engineering is a promising new approach that bridges the artificial-natural intelligence divide. This approach was used by an interdisciplinary research team from the University of Zurich, the ETH Zurich, and the University Hospital Zurich to develop a chip based on neuromorphic technology that reliably and accurately recognizes complex bio-signals. The scientists were able to successfully detect previously recorded high-frequency oscillations using this technology (HFOs). These specific waves, as measured by an intracranial electroencephalogram (iEEG), have been shown to be promising biomarkers for identifying the brain tissue that causes epileptic seizures.

The electromyography (EMG) signal is a measure of electrical activity in muscles that is typically represented as a function of time and defined in terms of amplitude, frequency, and phase. This bio-signal can be used in a variety of applications, such as diagnosing neuromuscular diseases, controlling assistive devices such as prosthetic/orthotic devices, controlling machines, robots, computers, and so on. EMG signal-based reliable and efficient hand gesture identification can aid in the development of good human computer interfaces, which will improve the quality of life for the disabled or elderly.

The researchers first created an algorithm that detects HFOs by simulating the brain’s natural neural network: a tiny neural network known as a spiking neural network (SNN). The SNN was then implemented in a fingernail-sized piece of hardware that receives neural signals via electrodes and, unlike conventional computers, is extremely energy efficient. This enables calculations with a very high temporal resolution to be performed without the need for the internet or cloud computing. “Our design enables us to recognize spatiotemporal patterns in biological signals in real-time,” says Giacomo Indiveri, professor at the UZH and ETH Zurich Institute for Neuroinformatics.

Measuring HFOs in operating theaters and outside of hospitals

The researchers intend to use their findings to develop an electronic system capable of recognizing and monitoring HFOs in real-time. The system, when used as an additional diagnostic tool in operating rooms, has the potential to improve the outcome of neurosurgical interventions.

However, this is not the only field in which HFO recognition can be useful. The team’s long-term goal is to create a device for monitoring epilepsy that can be used outside of the hospital and can analyze signals from a large number of electrodes over a period of weeks or months. “We want to integrate low-energy, wireless data communications in the design — to connect it to a cellphone, for example,” says Indiveri.

“A portable or implantable chip like this could identify periods with a higher or lower rate of incidence of seizures, allowing us to deliver personalized medicine,” says Johannes Sarnthein, a neurophysiologist at UniversityHospital Zurich. This epilepsy research is being carried out at the Zurich Center of Epileptology and Epilepsy Surgery, which is run in collaboration with UniversityHospital Zurich, the Swiss Epilepsy Clinic, and the University Children’s Hospital Zurich.

Facebook knows Instagram Harms teens. Now, its Plan to open the app to kids looks worse than ever