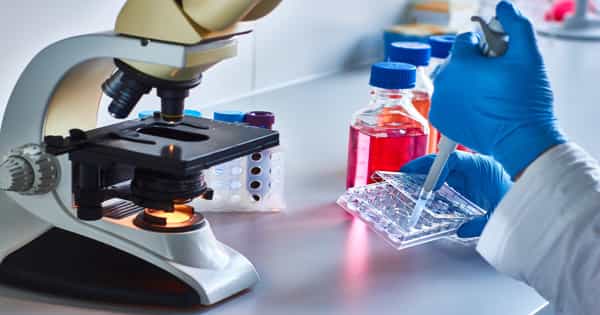 The ability to quantitatively study-specific molecular/cellular features of entire human organs while preserving spatial 3D context would have far-reaching implications in pre-clinical and clinical medicine. While optical 3D imaging approaches have undergone a significant revolution, they have remained limited due to current limitations in obtaining specific labeling within large tissue volumes.

Researchers at Ume University in Sweden have developed a method for studying specific cell types in human organs with micrometer precision. The method can be used to discover previously unknown pancreatic alterations, but it can also be used to study other human organs and diseases.

“This method may contribute to a better understanding of how cellular changes are related to various disease conditions,” says Ulf Ahlgren, Professor of molecular medicine at Ume University.

Researchers have now demonstrated a method by which specific cell types in human organs can be studied with micrometer precision. The method can be used to reveal previously unrecognized alterations in the pancreas, but it can also be used to study other human organs and diseases.

The researchers divided the organs using a 3D-printed matrix, creating tissue portions with the optimal size for optical imaging using 3D technology. These pieces can then be labeled to show virtually any cell type or protein of interest. Because each piece of tissue has known coordinates, the individual 3D images can be assembled into a three-dimensional jigsaw puzzle using a computer to form an intact human organ.

This method allows for the creation of high-resolution 3D images of human organs of virtually any size, with micrometer precision – smaller than a dust particle. Previously, high-resolution images of biological material could be created using techniques such as optical projection tomography and light-sheet fluorescence microscopy, which the researchers also used in this study.

Instead, the issue has been that the previous method provided no usable way of labeling the various cell types or proteins you want to study, such as using fluorescent antibodies when studying specimens on a larger scale, such as an entire organ. This is the issue that the new method has now addressed.

The method was used by Ume researchers to study the human pancreas. The pancreas contains hundreds of thousands of insulin-producing cells known as Islets of Langerhans. These islets play an important role in the production of insulin and, as a result, are a key component in diabetes when production is disrupted.

The researchers were able to demonstrate previously unknown features of human pancreatic anatomy and pathology using this new method, including areas with extremely high islet density. Their findings could have implications for everything from preclinical to clinical areas, such as improving islet transplantation protocols for diabetics or developing non-invasive clinical imaging to study the pancreas in diabetics.

“Aside from studying diabetes, the new method has the potential to improve understanding of other pancreatic diseases, including pancreatic cancer, and we have begun collaborations with clinical researchers in Ume to investigate this possibility. However, because the technology allows for the study of where cellular changes occur in a full organ context, their amount, and their relationship to nearby tissues and cell types, it should be possible to use it to study other organs and diseases in similar ways” Ulf Ahlgren is quoted as saying.

While a number of efficient methods for rendering tissues optically transparent for this type of imaging have been developed, a major limitation for their utility in providing a holistic view of cellular/molecular expression patterns in human organs is related to difficulties in obtaining specific labeling that cannot be implemented in humans, including methods for transgenic expression of fluorescence.

How to get Social proof that Grows your Startup

Facebook launches Shops in Groups and Live Shopping for Creators