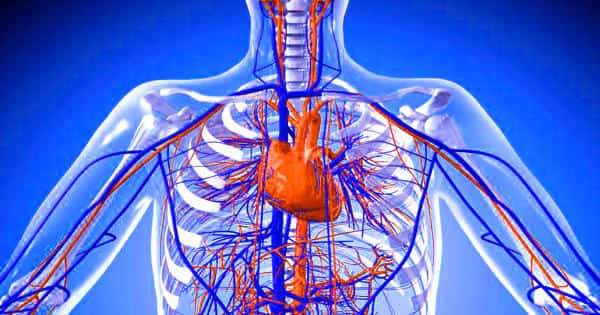 Now scientists reveal electronic blood vessels might one day use electricity to stimulate healing and deliver gene therapies to help treat such maladies, a new study finds. Researchers in China and Switzerland have developed electronic blood vessels that can be actively tuned to address subtle changes in the body after implantation. When replacement blood vessels are needed to treat advanced cases of cardiovascular disease, doctors prefer ones taken from the patient’s own body, but sometimes the patient’s age or condition prevents such a strategy.

The blood vessels — made of a metal-polymer conductor membrane that’s flexible and biodegradable — mimic natural blood vessels, were conducive in vitro experiments and were able to effectively replace key arteries in rabbits. Artificial blood vessels that can prove helpful in cases where replacements more than 6 millimeters wide are needed are now commercially available.

“We take the natural blood vessel-mimicking structure and go beyond it by integrating more comprehensive electrical functions that are able to provide further treatments, such as gene therapy and electrical stimulation,” says lead author Xingyu Jiang, a researcher at Southern University of Science and Technology and the National Center for NanoScience and Technology in China.

“In the future, the researchers intend to carry out longer-term animal studies. In addition, they hope to include sensors in their electronic blood vessels that can gather data on blood pressure, velocity, and sugar levels.”

Previous research has developed a variety of TEBVs that provide mechanical support for hard-to-treat blockages of tiny blood vessels in patients with cardiovascular disease. But these TEBVs have limitations: they cannot proactively assist in regenerating blood vessel tissue and, unlike natural tissue, often cause inflammation in response to blood flow. To circumvent the inflammation problem, Jiang and his collaborators sought to create artificial blood vessels that combined living cells with electronics.

To surpass the limitations of existing technologies, Jiang and colleagues fabricated biodegradable electronic blood vessels using a cylindrical rod to roll up a metal-polymer conductor membrane made from poly(L-lactide-co-ε-caprolactone). They showed that, in the lab, electrical stimulation from the blood vessel increased the proliferation and migration of endothelial cells in a wound-healing model, suggesting that electrical stimulation could facilitate the formation of new endothelial blood vessel tissue.

Next, the researchers tested the device in New Zealand rabbits, replacing their carotid arteries — which supply blood to the brain, neck, and face — with electronic blood vessels. Jiang and colleagues monitored the implants using Doppler ultrasound imaging over the course of three months, finding that the device allowed for sufficient blood flow the entire duration. Imaging tests that use X-rays and dye to peer inside arteries revealed that the artificial arteries appeared to function just as well as the natural ones had, with no sign of narrowing. The team plans to build on these early results with more studies on rabbits to verify the device’s long-term safety. They are also looking into miniaturizing the other electronic devices paired with the electronic blood vessel, to be used in humans.

In further experiments, the scientists replaced the carotid arteries of lab rabbits with electronic blood vessels. While these electronic blood vessels demonstrated promise as surrogate arteries in rabbits, Jiang acknowledges that more work must be done before the technology will be ready for human trials, including long-term safety tests in larger cohorts of rabbits and other animals. Ultrasound imaging of the rabbits over the course of three months revealed the devices enabled sufficient blood flow the entire time, and X-ray imaging found that they appeared to function just like natural arteries, with no sign of narrowing. Additionally, in order to be suitable for long-term implantation, the electronic blood vessels would need to be paired with smaller electronics than the electroporation device used in this study. In the future, the researchers intend to carry out longer-term animal studies. In addition, they hope to include sensors in their electronic blood vessels that can gather data on blood pressure, velocity, and sugar levels.

“In the future, optimizations need be taken by integrating it with minimized devices, such as minimized batteries and built-in control systems, to make all the functional parts fully implantable and even fully biodegradable in the body,” says Jiang. Afterward, when the researchers removed the implants and analyzed the rabbits’ internal organs, they found no signs that the artificial blood vessels had produced inflammatory responses. The researchers also hope that this technology could someday be combined with artificial intelligence to collect and store detailed information on an individual’s blood velocity, blood pressure, and blood glucose levels. Another possible research direction is using electronic blood vessels to deliver drugs to patients. “The drugs could be contained within the polymer part of the electronic blood vessel, or could be attached to the surface of the electronic blood vessel via some chemical modifications,” Jiang says.